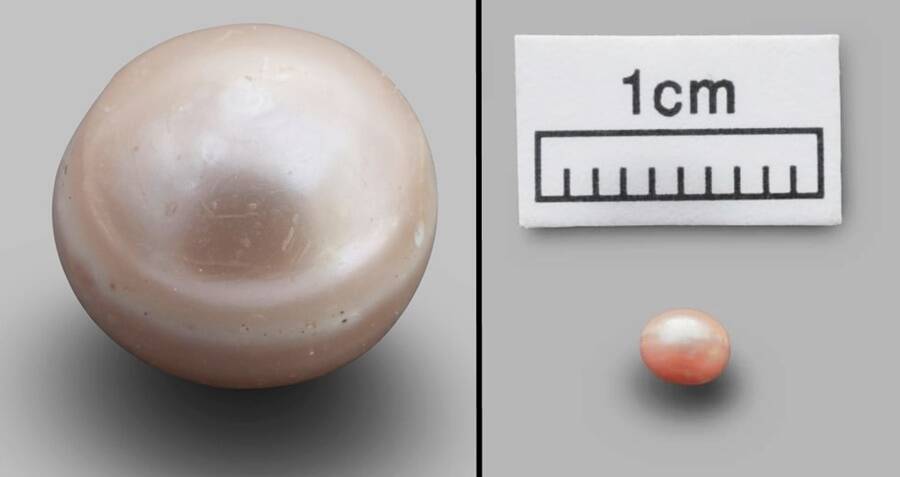 The oldest pearl in the world is discovered in Abu Dhabi

The world’s oldest natural pearl was found on an island in Abu Dhabi, United Arab Emirates.

The pearl, about 8,000 years old, was discovered during excavations on the island of Marwah, which also revealed the oldest elements of the UAE’s architectural heritage.

Authorities said the discovery of the pearl was evidence that the UAE had known the pearl trade since the Neolithic.

The Pearl is scheduled to be exhibited at the Louvre Abu Dhabi later this month.

“The discovery of the world’s oldest pearl highlights the fact that our modern economic and cultural history has its roots in prehistoric times,” said Mohammed Khalifa Al Mubarak, Chairman of the Department of Culture and Tourism in Abu Dhabi.
The scientists used radioactive carbon to determine the age of the pearl dating back to between 5800 and 5600 BC. At the time, pearls were used to make jewelry and were bartered with Mesopotamia for porcelain and other goods, according to UAE experts.

The excavation of Marwah Island resulted in the discovery of ruins of stone buildings in which artifacts of ceramics, seashells and stones were discovered.

The Pearl of Abu Dhabi, as its discoverers called it, is scheduled to be exhibited at an exhibition organized by the Louvre Abu Dhabi entitled “Ten thousand years of luxury” on 30 October.

Foreign Direct Investments Attraction- How Does It Happen?

What exactly is Expo 2020 Dubai? A complete guide

The best travel destination in the world

What are the most powerful passports of 2020?