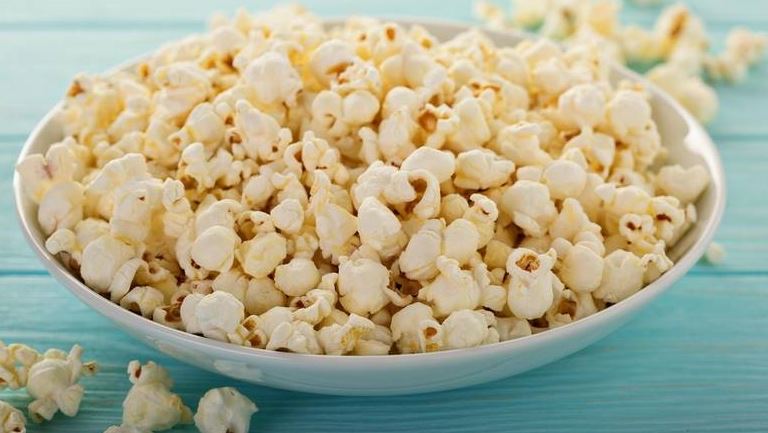 A British man claims that his attempting to dislodge some popcorn stuck in his teeth led to a life-threatening heart condition that required him to undergo an open heart surgery.

According to Fox News, Adam Martin, a 41-year-old firefighter, said he attempted multiple times to dislodge some popcorn stuck in his back tooth after a movie night with his wife in September 2019.

He claims to have used multiple items for three days to try and dislodge it, including a pen lid, a toothpick, a piece of wire and even a metal nail.

When Martin started to suffer from night sweats, fatigue and headaches for over a month, his doctor initially diagnosed him with a mild heart murmur.

But when his symptoms persisted, he went to the Royal Cornwall Hospital where he was diagnosed with endocarditis, an infection of the lining of the interior surfaces of the chamber of the heart which occurs when bacteria from the mouth and other areas enter the bloodstream. Scans of his chest showed that his heart was damaged due to the infection.

He was then transferred to a different hospital, where he underwent a seven-hour open heart surgery to repair the damage. He claims that the bacterial infection was caused by him excessively picking at his teeth and damaging his gums.

“If I had gone to the dentist in the first place, then none of this would have happened. I am never eating popcorn again, that’s for sure.”

Martin’s wife, Helen, has said that her husband’s infection could have easily been treated sooner with antibiotics. “Your gums are a bacterial highway to your heart.”

Freelancers have the chance to write Ebooks to read, which will be sold in the TOP platform ebooks library.

What are the most powerful passports of 2020?

The answer to why we need muscle

Health Tips And Benefits Of Healthy Lifestyle You Should Consider

Tips to lose weight in one month without sports