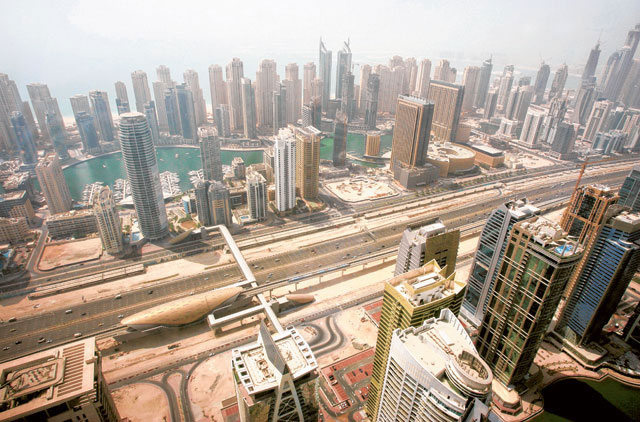 Chinese construction companies with projects in the UAE could face difficulties shipping in supplies from China in the coming weeks, industry sources say. This could mean that these contractors could source more from UAE- or Gulf-based suppliers to meet their immediate needs.

“There’s been talk that some ships carrying iron ore – the basic raw material for steel – into Chinese ports are still held up,” said Bharat Bhatia, CEO of Conares, which operates two steel mills in Dubai. “A clear picture of whether supply from China will be affected in the coming weeks will be got only after February 9.”

The Chinese government had extended the Lunar New Year holiday to February 9 after the virus spread across cities and led to fatalities of more than 600. Several market sources said that a better insight of how Chinese suppliers’ operations were impacted by the virus fallout can only be had after February 9.

This is what Chinese construction companies in the UAE – currently associated with some major projects – are worried about. Any delay in supplies over the coming weeks could hit these projects hard.

Typically, Chinese contractors involved in overseas projects source all or most of their supplies from China itself. They will need to do so to comply with the requirements to get loans from Chinese lenders on easier borrowing terms.

Even in the days leading up to February 9, key commodities related to construction- and building materials saw price drops. This had to with concerns that China’s domestic demand for such materials will drop significantly until such time authorities get a better grip on containing the virus.

“The market saw iron ore prices dropping from $91-$94 a tonne to $80, almost overnight,” said Bhatia. “Same with zinc prices, which we use in our steel mills, with prices down to $2,220 a tonnes from $2,450 in 48 hours. These are major moves in the commodity markets – and all borne out of fears over what would happen to Chinese demand this year.

“The pressure on prices will continue – each day that the issue drags on without a cure.”

Now, if Chinese contractors in the UAE start sourcing some of their immediate needs from within this market, it could prove a major boost for manufacturers and traders. Competing against Chinese suppliers had always been difficult, given the prices at which they would sell. (The UAE authorities have in recently years been supporting domestic manufacturers by stipulating that a certain percentage in each project should use ‘Made in UAE’ materials.)

Meanwhile, UAE based construction company sources say they are well stocked to take care of their immediate building material needs. According to Vinod Pillai, who heads the UAE operations at RP Group, “Our current exposure to Chinese suppliers would be about 5-10 per cent. Where possible, we make the effort to source from within the UAE or the wider Gulf.

“We do bulk purchases well in advance of project timelines – so, for now, the virus will not have any material impact at any of our project sites in the UAE or outside. There’s also a lot of centralized purchases that we do, which gets us cost benefits and access to regular supplies.

“There are a lot of alternatives we can choose if our Chinese suppliers are facing difficulties. We are covered for all risks.”

Not a time for project delays

This is a crunch year for construction companies in the UAE; many of these projects have set completion schedules ahead of the Expo 2020 Dubai’s opening date in October. While a virus outbreak is way beyond anyone’s control, if the delays mount up there will be consequences.

Chinese construction companies are associated with some of the leading projects in the country. In recent months, they have landed deals offering never-before-seen payment terms to the clients, who for many of these projects do not have to pay until after completion. The Chinese companies are also taking direct equity in some projects in lieu of payments.

“Their clout is immense – only the biggest local players could compete with them,” said one source. “The next few weeks will be interesting, to see how they cope with the virus fallout.”

A chance for UAE steel suppliers
With China fixated on solving the virus attack, steel suppliers in the UAE and Gulf now have a chance to pick up overseas orders.
“Whether it’s Southeast Asia or East Africa, Gulf steel mills always have to compete with Chinese ones on prices,” said Bharat Bhatia of Conares Steel. “That’s always going to be a tough task – we have had interest from even Hong Kong and Myanmar. But there’s always a Chinese competitor waiting on the sidelines.
“Now, if Chinese suppliers cannot ensure supplies on time because of the current situation, there’s an opportunity for Gulf steel mills. We have the capacity to crank up and meet any demand.”
Food commodities too get a virus scare
Not just crude, even edible oil prices have dropped – by 7-10 per cent in the last week.
“China is a major importer of food – in the last one week, there has been less demand,” said Sudhakar Tomar, Managing Director of Hakan Agro DMCC. “China’s agricultural imports stands above 6 per cent of the world total. This has been impacted following the Coronavirus outbreak.
“Edible palm oil was hovering around $815 per tonne – now it has dropped to $715. But it is temporary. In the short-term, the outbreak has dampened prices of food commodities and raw materials worth $120 billion, which China imports. Most notably, oilseeds and oils. But it is more out of panic rather than the fundamentals.”- Anjana Kumar, Senior Web Reporter

The Online Publishers “TOP Platform” has helped many clients to find whatever it is that they need as far as finding Ebooks to read, and accessing other digital media solutions today.

7 Important careers that are in demand into 2021