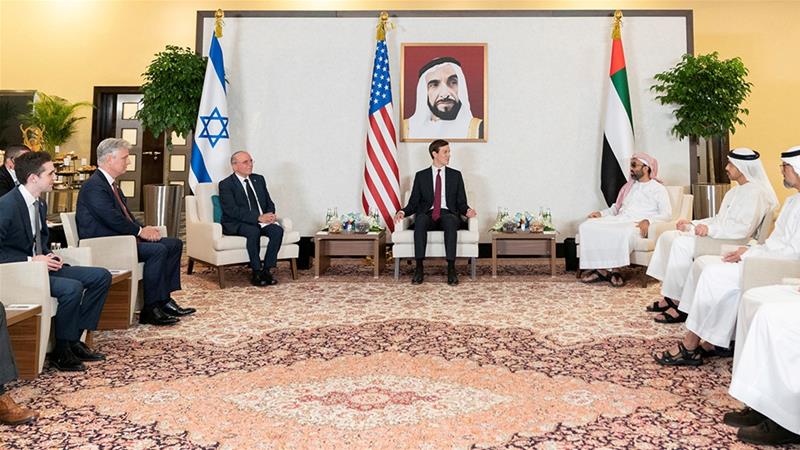 Representatives of the United Arab Emirates, Bahrain, Israel, and United States governments will converge in Washington, DC on Tuesday to sign historic normalisation accords between the Gulf nations and Israel.

The UAE agreement, announced in August and since dubbed the “Abraham Accords” by White House officials, makes the UAE the third Arab country and first in the Gulf Cooperation Council (GCC) to agree to establish relations with Israel.

The agreement ends the UAE’s economic boycott of Israel and allows the possibility of advanced US weaponry sales to the Emirates. Blasted by Palestinians as a “betrayal”, a sentiment echoed by regional players Turkey and Iran, the deal will have lasting, unprecedented geopolitical ramifications, experts told Al Jazeera.

But the extent of these ramifications remains to be seen.

William Hartung, director of the Arms and Security Program at the DC-based Center for International Policy, told Al Jazeera arms sales were an “important factor” in the agreements.

The UAE has long wanted F-35 fighter jets, Hartung said, and larger drones, which the US was unable to sell because of its commitment to Israel’s military advantage.

But Trump often touts arms sales and was likely to view the UAE as another client as a positive, Hartung said.

The US ramped up its arms sales by 42 percent globally in 2019, an increase of almost $70bn, according to figures from the Forum on the Arms Trade (FAT) from the US Foreign Military Sales programme.

But the Middle East and North Africa region far outpaced the global growth rate, going from $11.8bn in 2018 to more than $25bn in 2019, or a 118 percent increase. Morocco leads the pack in purchasing US arms, with almost $12bn sold to Rabat.

Nations in the GCC accounted for much of the rest. The UAE spent more than $4.7bn on US arms in 2019, FAT recorded, with Bahrain spending $3.37bn, Qatar spending about $3bn and Saudi Arabia at roughly $2.7bn.

Hartung said Bahrain may have agreed to normalisation to access to advanced weaponry and the Saudis could potentially follow. 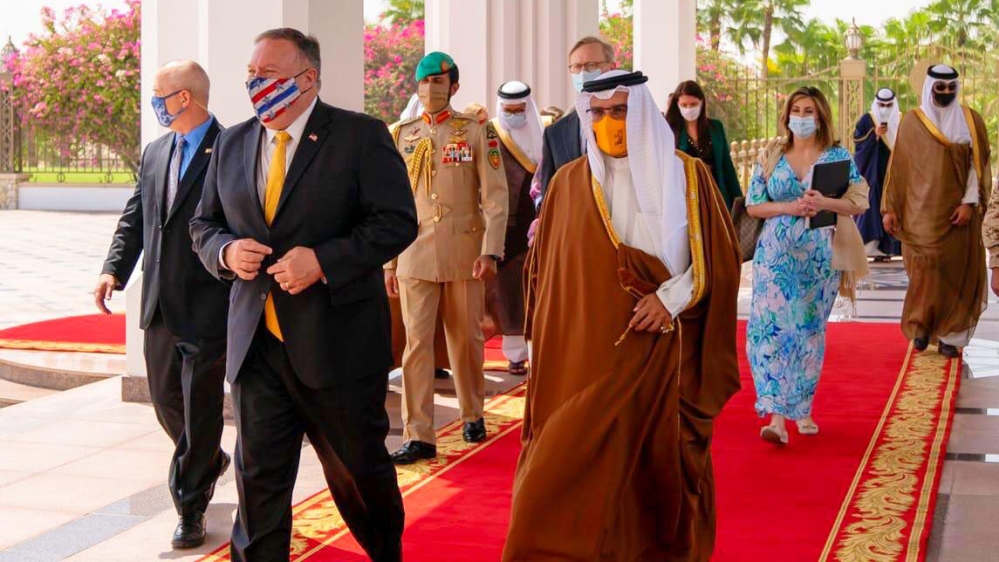 “Bahrain certainly benefitted from US transfers after Trump lifted the hold on F-16s … so they may feel somewhat beholden to him on that front”, Hartung said, citing a 2017 decision to sell the jets to Bahrain without conditions on human rights.

However, the status of an F-35 deal with the UAE remains questionable, as Israeli Prime Minister Benjamin Netanyahu faces criticism from his right-wing base as his political fortunes fall.

Regarding domestic political victories, Hartung said the Trump administration can “brag” about normalisation during the presidential campaign and possibly tout jobs from the F-35 programme.

It may also “burnish the F-35 programme”, which has cost trillions to US taxpayers and is criticised for its cost and inefficiencies, Hartung noted.

The move may “also be perceived as a move to further contain Iran”, a target of ire from the Trump administration’s and a regional foe for the UAE, Bahrain and Israel, though Hartung said he did not see it as a benefit.

Jon Alterman, senior vice president at the Center for Strategic and International Studies (CSIS), told Al Jazeera while Gulf countries normalising relations with Israel raises new questions, it is “an uncharacteristic dedication to traditional diplomacy on the part of the Trump administration”.

Alterman said the deal with the UAE showed the Trump administration was capable of diplomatic manoeuvres outside of doing “things quickly with presidential involvement”.

However, concerns remain regarding the Israel-Palestinian peace process, Alterman said. The normalisation agreement could pave the way for other major Arab states to normalise ties with Israel without addressing the underlying issues of the conflict.

“We still have a long way to go to resolving the long-running conflict,” Alterman said. “I would hope this will mark an effort to redouble efforts rather than claim it is solved.”

While much of the focus is on the regional implications for Arab states, Alterman wrote for CSIS it could provide a “more robust and inclusive regional dialogue could be a constructive way to reduce tensions” between Israel, Turkey and Iran, three of the region’s most powerful – and non-Arab – countries.

The view from Tehran

Israel and countries such as the UAE and Bahrain, which is a Shia-majority nation with a Sunni monarchy, have long held the common interest of keeping Iran at bay.

But Assal Rad, a senior research fellow at the National Iranian-American Council, does not think containing Iran was in the “calculus on the UAE’s side”.

The UAE and Iran have long-standing economic ties and a sizable diaspora of roughly 500,000 Iranians live in the Emirates, mostly in Dubai.

UAE exports to Iran totalled $10.23bn in 2018, according to UN figures cited by Trading Economics, making it among Iran’s top trade partners.

But Rad does not “see the normalisation as taking anti-Iran stance and aligning with Israel”, she said.

If the UAE was adopting an anti-Iran strategy, recent meetings between Iranian Foreign Minister Mohammad Javad Zarif and UAE Foreign Minister Sheikh Abdullah bin Zayed bin Sultan Al Nahyan, who will lead the UAE delegation in Washington on Tuesday, would not have occurred.

“It’s attempting a sort of balancing act. I don’t see it as an anti-Iran move. They wanted advanced weapons … which this deal makes possible.”

Trita Parsi, executive vice president of the Quincey Institute for Responsible Statecraft, told Al Jazeera the deal and possible advanced weapons sales could further threaten regional stability, but not in Iran, and it remains unclear how enthusiastic UAE leadership can be, domestically.

“On the one hand, they want it, but … it doesn’t scream confidence when [Abu Dhabi’s Crown Prince Mohammed bin Zayed Al Nahyan] isn’t going to show up to the signing ceremony in the US,” Parsi commented.

But normalisation could lead to an “emboldened” UAE in Yemen in Libya, he continued.

Parsi pointed to Saudi Arabia, which he claimed has achieved tacit approval for “reckless” military actions in Yemen by purchasing US weapons.

“They are operating under the impression they have the protection of the US… To this day, even when Congress has voted twice to stop the war in Yemen, the president has vetoed it twice.”

While the UAE has reduced actions in Yemen, it is still active there and concerns remain about military actions in Libya, Parsi warned.

Alterman, for his part, said normalisation was not a “get out of jail free card” for the UAE.

The upcoming election could shift US strategy towards the Gulf as a broader conversation about how much effort the US should spend on the region continues, which weighs on individual Gulf states, Alterman said.

“Ultimately, the US has a larger regional strategy that is [more important] than any of its individual relationships with individual” states, Alterman said, and “every country needs to figure out how it needs to shape its relationship” within said US strategy.

Normalisation “represents a beginning of the UAE’s answer” to that question, Alterman concluded.

The best way that Internet reputation restoration can be completed is to replace pessimism with a real substance at a significant mark. Formation of a real content can be intentionally linked to a laser-centred site improvement mechanism that moves these few negative comments to pages that potential customers or benefactors who have recently become acquainted with the organization are unlikely to see.

Steps on How to Pass a Job Interview Successfully

COVID-19: How to get a payment holiday from your mortgage

Dubai’s economy to grow 3.2% next year

4 Ways TOP Platform Can Help You Build Your Online Audience